Freedom Comes at a Cost: Sacrifices of brave soldiers protect our way of life 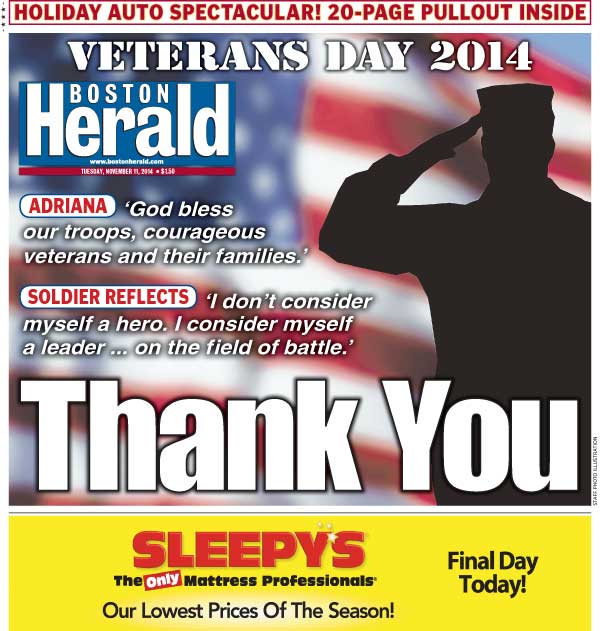 Freedom isn’t free. Our troops and veterans have sacrificed all that is precious — life, limb and time away from their families — to protect our freedoms and way of life. Without our brave military fighting foreign enemies who would do us harm, Americans would not be able to enjoy basic human rights too many in this country take for granted. Here’s a reminder of what life is like for civilians today living in the Middle East. In September, a prominent Iraqi human rights activist was publicly executed in Iraq for posting anti-ISIS statements on social media. She criticized the Islamic State for destroying religious mosques and shrines. In America, nothing would have happened to this woman. She would’ve exercised her protected free speech to whomever she pleased and then went about her day. But under Sharia law, free speech doesn’t exist — and she forfeited her life. Consider that a modern-day wake-up call for misguided Americans who aren’t grateful for their freedom, or to those who valiantly protect it. In previous generations, our military rose to the call of duty and protected us from the horrors of Hitler, communist dictators and other evildoers hellbent on stripping Americans of their basic human rights. Take the story of Thomas Hudner. He crash-landed his fighter plane behind enemy lines in 30-below-zero weather in an ultimately unsuccessful but valiant attempt to save his downed wing man, Jesse Brown, the Navy’s first black pilot. Hudner became the first Medal of Honor recipient of the Korean War. Our troops have left blood on battlefields the world over so their children and ours can grow up and enjoy the freedom to carve out their own paths. All the more reason we need to elect an effective commander in chief in 2016 who has strong foreign policy chops — and isn’t afraid to display America’s strength to the world. We need to elect a leader who appreciates the value of President Reagan’s policy of “Peace Through Strength.” We need a leader who understands that when America retreats from power and “leads from behind,” the world becomes a more dangerous place.With all the atrocities committed by ISIS terrorists — the mass genocide, the beheadings and sex slavery — there is never a greater time to be grateful for the freedoms we have in America, and to appreciate our men and women in uniform who lay it all on the line to protect our way of life. There are no words that can properly express our collective gratitude. Saying thank you never seems enough. My hope is these men and women already know how much they are admired and appreciated. God bless our troops, our courageous veterans and their families — today and every day. Adriana Cohen is a columnist and talk show host for Boston Herald Radio. Visit www.adrianacohen.com or follow her on Twitter @AdrianaCohen16.